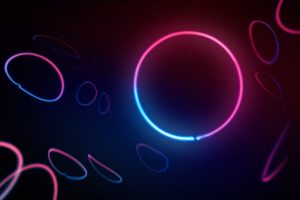 Non-coding RNAs play a crucial role in neural development and disease. We focus on different classes of non-coding RNAs: for example, microRNAs (miRNAs) and circular RNAs (circRNAs). miRNAs are small non-coding RNAs (22 nt) that bind specific mRNA targets thereby regulating their translation and stability. Deregulation of miRNAs has been implicated in various brain disorders and these molecules are considered to be promising therapeutic targets in many of these disorders. We study the role of miRNAs in the pathogenesis of epilepsy.

Our previous work shows that miRNAs are deregulated at different levels in patients suffering from temporal lobe epilepsy (TLE) and using a multidisciplinary approach (e.g. RNAseq, biotinIP, in vivo Ago IPs, epilepsy models etc) we aim to decipher how miRNAs contribute to the process of epileptogenesis and how these effects can be reversed. Circular RNAs are a recently (re)discovered class of long non-coding RNAs with a circular structure. circRNAs are enriched in the brain and in specific subcellular compartments in neurons and due to their circular structure very stable. Some circRNAs can act as miRNA sponges while the function of most other circRNAs remains to be determined.

We aim to determine which circRNAs are important for axonal development and how they affect this process. Similarly, we study deregulated circRNAs in neurological diseases such as ALS. This work is in part supported by the Epilepsiefonds, the Marie Curie ITN circRTrain. Furthermore, part of this work is performed in close collaboration with InteRNA Technologies.